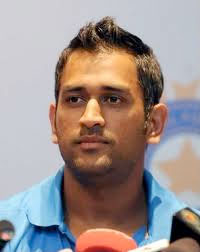 Mahendra Singh Dhoni is an unexpected comet, from the small town of Ranchi, who ignited the game of Indian cricket. He is now regarded as one of the finest wicket-keeper batsman, as well as a successful captain of the Indian national cricket team.

Under his leadership, Dhoni drove his team to numerous victories including the 2007 ICC World Twenty20, 2011 ICC Cricket World Cup and 2013 ICC Champions Trophy. He himself is a recipient of many personal awards including the Padma Shri, India’s fourth highest civilian honour and the Rajiv Gandhi Khel Ratna, India’s highest honour given in sports.

The 33-year old’s powerful influence is not only evident among his teammates but also extends all over India, and even the world. Time Magazine listed him as one of the 100 most influential people of 2011 and SportsPro as one of the most marketable athletes in the world.

MS Dhoni, or MSD or ‘Mahi’, as he is widely known to his fans, has been known for his unconventional hairstyles ever since he made his 2004 debut in a One Day International against Bangladesh. From long hair to mohawk, Dhoni’s hairstyles have been widely copied, especially among his young followers. 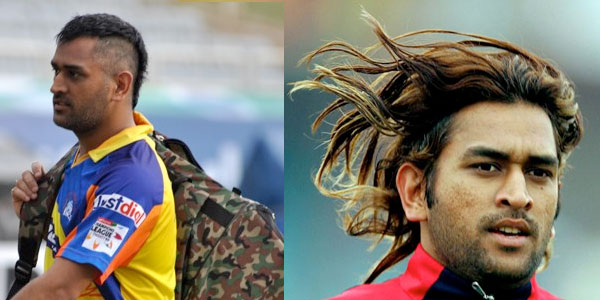 Other than his hairstyles, the athlete has not made a distinctive mark in the fashion department. He is an athlete after all, and he knows his best style lies in the cricket uniform while playing. On formal occasions, Dhoni pulls off a smart clean look in a classic suit with a colored tie. Nothing too fancy or glossy – sticking to outfits that evoke a clean taste that all his fans can relate to. It could be due to his down-to-earth nature but even in 2009’s Kolkata Fashion Week, he never walked the runway despite being its brand ambassador.

Sporty is of course his cup of tea. His casual style consists of relaxed jeans, graphic t-shirts or sports shirt. He has an obsession with shoes, particularly with boots. He admitted to buying eight pairs of RM Williams boots on one occasion.

Otherwise he is very minimalist, even with accessories – mainly just a watch, buckled belt and sometimes a baseball cap and sunglasses. His charismatic simplicity as a sportsman is best captured in a Reebok ad, one of his 20 endorsements. Dhoni is captured in a simple gray and black combination of running gear and in plain black for his ad for Reezig.

With this no-nonsense style of simplicity, in contrast with his trend-evoking hairstyles and aggression on the field, Dhoni has won the hearts of an entire nation. His personal style and the way he entered the cricket game makes many believe in the magic of their dreams. For so many little hearts, he is THE humble hero in cricket uniform who inspires them to make a leap for change.

MS Dhoni spends most of his time in a cricket uniform but that does not stop him from looking elegant in a three-piece suit. Put together the same look with a Perry Ellis suit jacket, vest and trousers together with a John W. Nordstorm dress shirt and a Topman slim tie. Complete the look with Derby shoes from To Boot New York and a Boss Hugo Boss silk pocket square to make heads turn to your aggressive style. 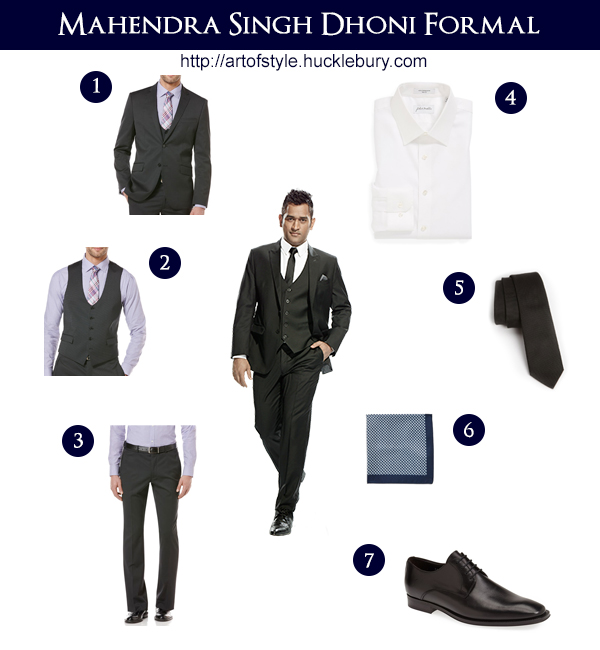 Despite his aggressive player skills, MSD keeps it subdued in simple casuals of t-shirts and jeans. Get the same look as the captain of cool by layering a white ASOS long sleeve t-shirt under a black Boss Hugo Boss long sleeve crewneck t-shirt and a pair of straight jeans from DL 1961. Keep the accessories simple like Dhoni with a River Island belt, John Varvatos chukka boots and a Michael Kors chronograph watch. Finally, add a little dose of charisma and you’re ready to inspire some dreamy hearts. 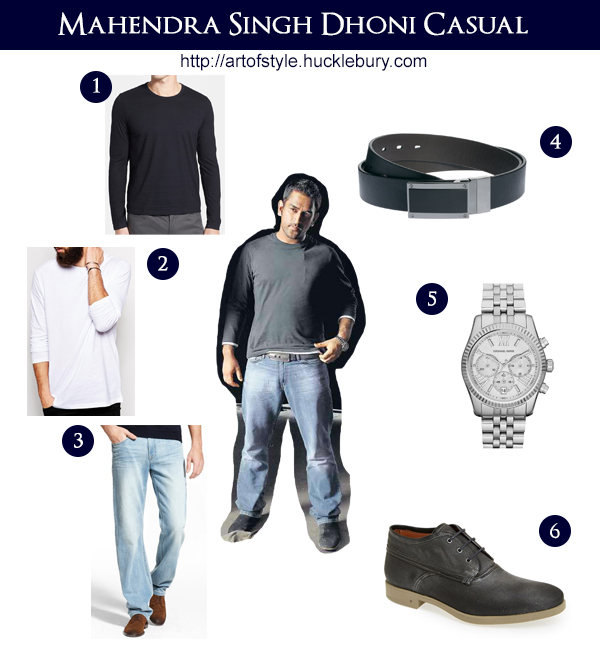