Trending
You are at:Home»Fashion»Celebrity Style»Ken Watanabe – Asian Style in Hollywood

Ken Watanabe became the most internationally recognized Japanese actor after co-starring with Tom Cruise in the Last Samurai. Since then, he has become a mainstay of the Hollywood consciousness – frequently playing important roles in films like Letters from Iwo Jima, Inception and Memoirs of a Geisha. 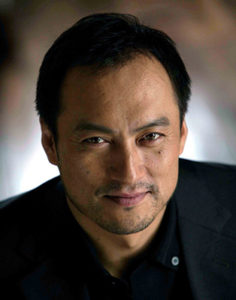 The Oscar-nominated actor owes his international fame to his exceptional acting, bridging the East to the West. In USA Today’s words, he is ”the face of Japan to the rest of the world”. It also helps that for a Japanese, he has a name that’s both easy to pronounce and remember.

Prior to Hollywood fame, Ken Watanabe was already an award-winning household name on Japanese screens, playing samurai roles often, as in the 1987 series Dokuganryu Masamune.

Behind the actor’s portrayal of strong and powerful Japanese characters is a tough survivor in real life – he has twice bounced back from leukemia to continue his dreams.

Despite his status, the actor is devoid of any superstar complex. In fact, he claims that he is not a big star at all in Japan, saying ”I have a very normal life. Four days a week, I cook at home. A star doesn’t do that”.
It is this humility that is reflected in Watanabe’s quiet style of dressing.

His style is neither ostentatious, nor attracting attention. When not dressed in elaborate samurai armor suits, Ken Watanabe sticks to elegant Western suits of classic cuts and muted colors. On the red carpet, he maintains a straightforward clean look with either necktie or bowtie but oftentimes sans neckwear. This subtle sophistication is perhaps what landed the actor in the pages of GQ Japan and Elle Singapore.

Dressing down, the Japanese actor emphasizes an unpretentious and minimalistic dress sense through items such as a white polo shirt and tan trousers with suede loafers. At the age of 54, he sustains his youthful aura by wearing t-shirt and jeans with a pair of sneakers and sometimes a hoodie as seen in his moving advertisement for American Express.

Watanabe’s various on-screen roles have seen him sport different hairstyles from a short crop for his military role in Letters from Iwo Jima to a shaved pate in The Last Samurai. Off-screen, he prefers to keep his hair short like most traditional Japanese men. He favors a clean-shaven look unless a film role requires otherwise.

Watanabe is evidently not a forceful leader in style despite his expertise in strong character roles. However he is far more than a style icon- he is a cultural icon who brought Japan closer to the West and to the rest of the world.

Free from his Kimono costumes, Ken Watanabe wears American suits like a second skin. Emulate his quiet sophistication in a Hugo Boss suit, Hugo Boss white shirt and necktie. Drape a Kilgour silk scarf around your neck and a Gordon Rush loafers on your feet for that total Godzilla yet low-key style. 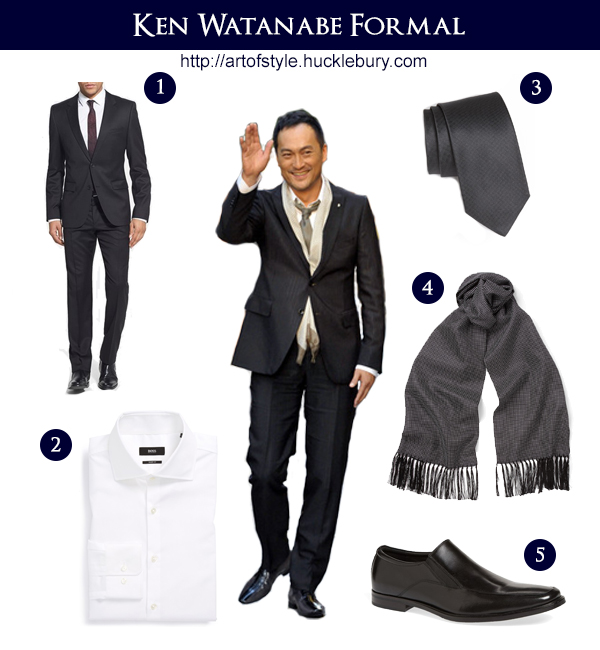 It’s hard to spot the Japanese superstar in casual outfits. When we do see him in one, he wears them with a dandy cool style. Copy his effortless vibe with a Thomas Dean shirt under a John Varvatos vest and a Barena unstructured jacket to match a relaxed fit jeans from Mavi Jeans. Pump up your casuals with a silk tie from The Tie Bar and a pair of saddle shoes from J&M 1850 and you might just get a geisha to love you. 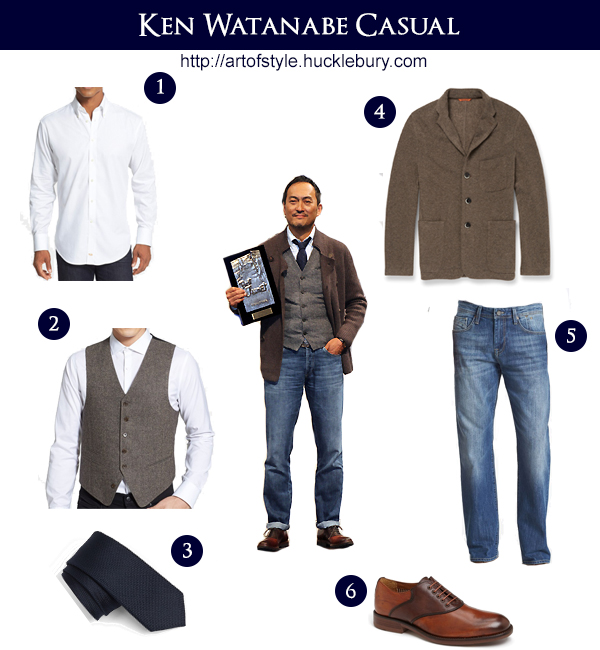