Trending
You are at:Home»Fashion»Accessories»Cufflinks – What They Tell Others About You

I’ve written about the occasions to wear cufflinks in the past and even discussed the different types of cufflinks to wear if you wish to stand out. In this post, I’m going to discuss the impression your cufflinks give people around you.

This post was triggered by a business networking event I attended, where I was able to distinguish, with high accuracy, the status of people in their line of work through observation. The behavior of those around as well as an individuals’ own bearings played a part in where I placed someone within my mental social hierarchy. However, closer observation of their dressing made me realize that amongst those wearing french cuffs, the style of their cufflinks factored in my assessment of their social standing. Here are my observations – 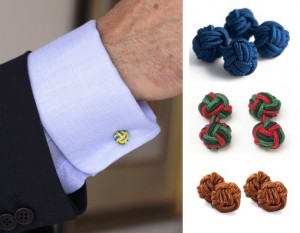 Let’s get started with the lowest rung in the business ladder. Some men (generally younger) at the event were wearing silk knots on their french cuffs. These are cufflinks made of yarn that normally have multiple colors and immediately upon seeing them, I placed this group of people into ‘The Intern’ category. An enthusiastic bunch but clearly there just for the experience and to rub shoulders with others. Why do I say this? Silk knots are the most affordable cufflinks you can get, and great at informal events or at the office on a regular basis, but at a business event, it clearly puts you lower on the social ladder. In fact, it may be better to wear a barrel cuff shirt instead of a french cuff with silk knots at a formal business event.

This is the group of people I talked with to start out, which I’m calling ‘The Executive’. These guys were wearing mainly metal cufflinks, with bullet-back or whale-back closures. These type of cufflinks normally have design on one end – with the other end being either bullet-shaped or shaped like a ‘whale-tail’ – both of which flip to make it easy to wear the cufflink. These cufflinks are definitely a class above silk knots and considered acceptable for a business event.

Within this group, I was able to further break it down into ‘Marketers’ and ‘Engineers’. Marketers wore slightly louder and unique cufflinks with more color (some even satirical), which worked as conversation starters and made them generally easier to approach. Generally, more contrasting cufflinks that made them stand out from the crowd. Engineers, on the other hand (and being one myself, I identify with this group), were more functional and understated with their cufflinks. They tended to wear cufflinks more complementary with their dressing. 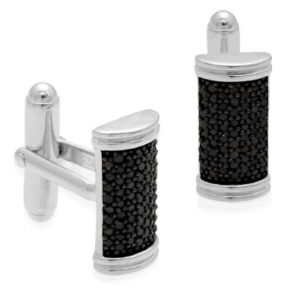 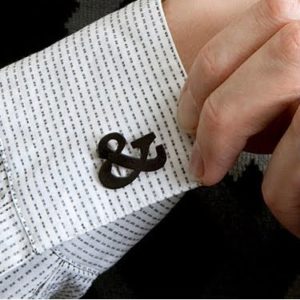 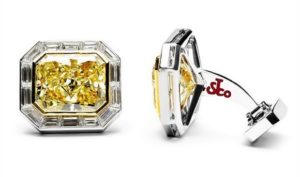 Whenever I saw unique cufflinks that were understated, yet elegant, I tended to group the person into ‘The Boss’ category – by which I mean someone of status within their business with decision making powers. Handcrafted cufflinks can be like heirlooms – made from precious metals or pearls – and are usually a single piece with designs on both ends. This was the group of people you normally want to end up speaking to at such networking events – because they can get things moving much quicker than ‘The Executive’.

Of course, there were Executives who had unique cufflinks like A Boss at the event. There were even Interns with good fashion sense. What I mean is that cufflinks certainly were not my only (or main) indicator – but knowing how to dress for such an event and knowing how to look out for to find the right group of people to network with through subtle means such as their accessories can certainly be helpful. I found a video on types of cufflinks that I recommend watching.

Which type of cufflinks do you like to wear? Let us know in the comments if you agree with my assessment.

For the completely uninitiated, here’s a great WikiHow article on putting on cufflinks.

Images courtesy of Luxatic, Romance CuffLink, I’ll Know It When I See It